Today I've managed to get my hands on the Cintiq Pro 24 and 32. Let's start with a quick overview of what these two tablets do. The Cintiq Pro is a top of the range display tablet primarily used for drawing, painting, animation and 3D work.  That said you can also use it for video and audio production. The Cintiq Pro supports multitouch and includes a pressure sensitive pen which you can use to draw directly on to the screen. It can be connected to a desktop or a laptop computer, and it supports both OSX and Windows.

Let's talk about the features.  The Cintiq pro 24 and 32 both come with the Wacom Pro Pen 2, and as you'll remember from my last review, this is Wacom's best pen technology to date, with over 8000 pressure levels on the tip and the erasure. The higher-pressure levels make your brush width and opacity feel buttery smooth, and it gives you a lot of headroom to set a custom pressure curve. The Pro Pen 2 supports pen tilt, which makes drawing with a digital pencil feel very close to drawing with a real pencil. 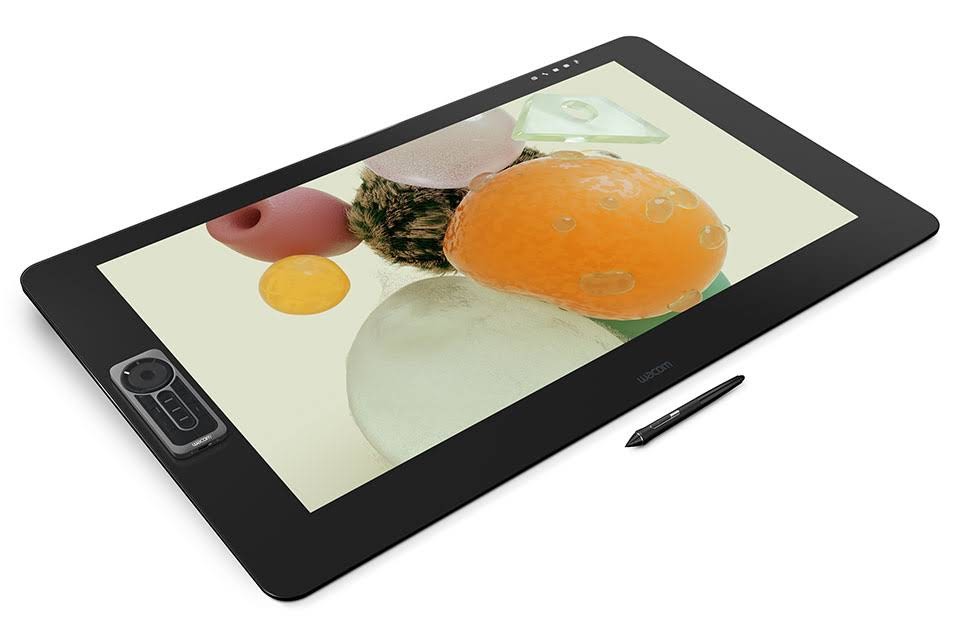 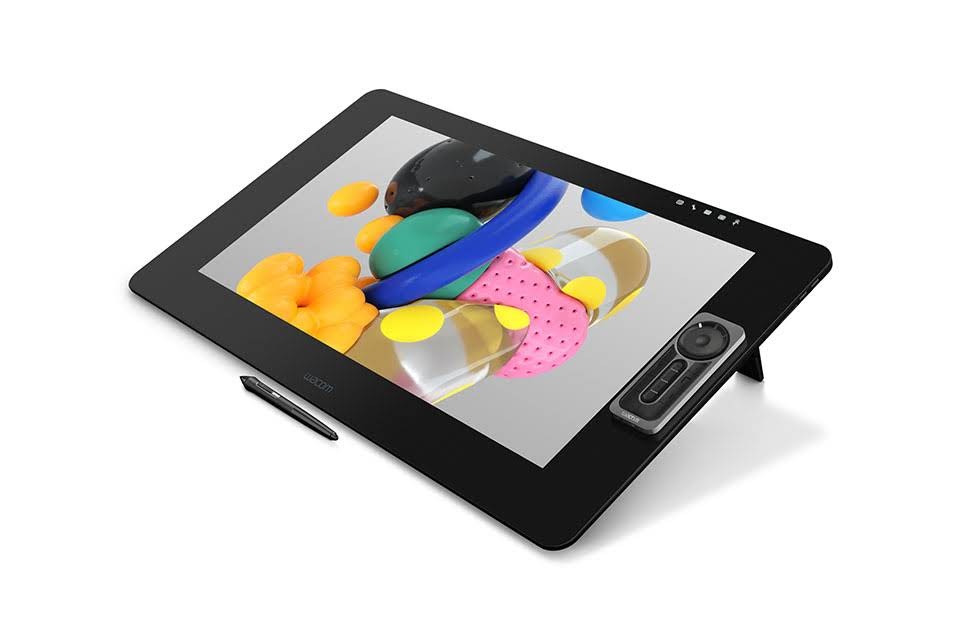 Multitouch is a feature which is only available with the Cintiq Pro 24 and 32 version.  Touch will set you back a little more, so how useful is it?   In my opinion, it can be useful, but I could also manage without it. When illustrating, it does make panning and rotating a lot more comfortable and more intuitive.  It also makes navigation easier as it allows you to use two hands to touch multiple buttons, rather than having to click on one button at a time with a mouse of a stylus. This could speed up your workflow if you do a lot of graphic design, editing or audio production.  It's worth mentioning that touch has a reputation for being a bit 'buggy' in some apps and not in others. Sometimes it may not work at all for short periods. The issue with touch is that it needs to be supported both by the Wacom tablet operating system that your using and the application that you're working with. If anyone of these components changes, then touch may malfunction. For example, updating Windows or Mac operating systems might result in your touch not working until a new Wacom driver fixes the issue.   It's a gamble as to whether or not you'll be able to use the touch feature. I've seen a signification improvement in the reliability of touch in recent years and in my opinion, it has become more stable - but it's still not perfect. 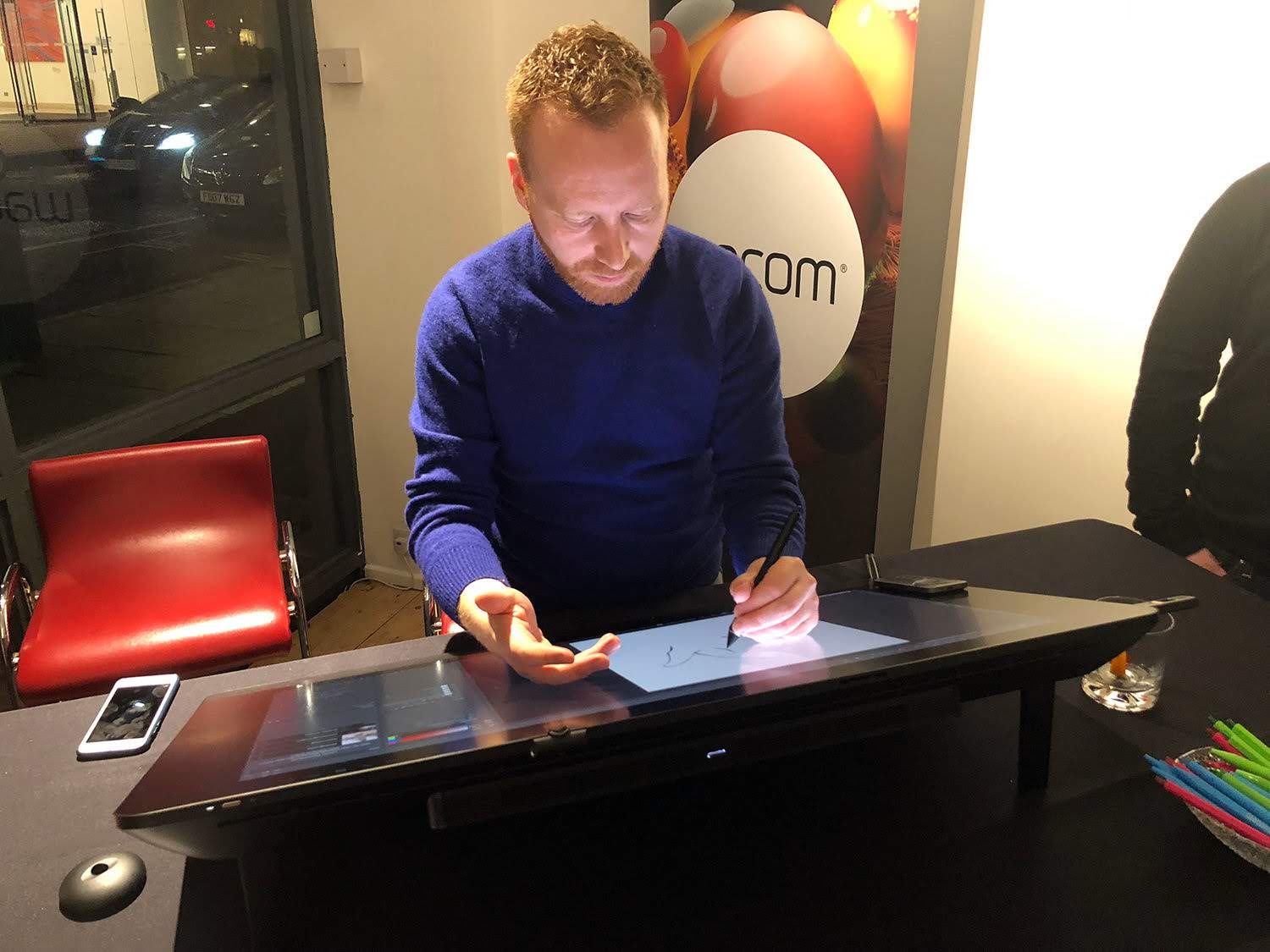 Let's discuss the screen. The Cintiq 24 and 32 feature an etched glass surface which reduces glare and adds a natural feeling of friction when drawing.  Oddly enough, the surface on the 24 is not the same as it is on the 32.  The 32 feels like it has more friction.  It feels grainier and more like paper.  The surface of the 24 feels smoother to draw on.  Both the 24 and 32 have the same feeling of friction on my palm, despite the difference with the pencil.  The display resolution of the 24 & 32 is 4K or 3840 x 2160 pixels. You'll notice the difference when zooming in on the 4k version as this gives you the advantage of being able to draw fine lines and detail without distortion.

Colour accuracy is also critical when choosing a tablet, and the Cintiq 24 supports 99% of the Adobe RGB colour range, with the 32 supporting 98%.  In reality, that 1% difference isn't going to make much difference. The Cintiq Pro also supports up to 10 Bit Colour - so long as your video card does too.

Now, let's discuss glare. The surface is excellent at reducing glare; however, the screen is matt, which dulls colours, especially blacks when compared to a glossy screen.  Glossy screens are notorious for being slippery to draw on, and they stick to your palm enough to make an artist cringe.  Cintiq colour representation is accurate enough for me.  In fairness, the screen is designed for drawing, not colour proofing.  If you're concerned about colour proofing, then you can always do your proofing on a glossy monitor intended for photography. 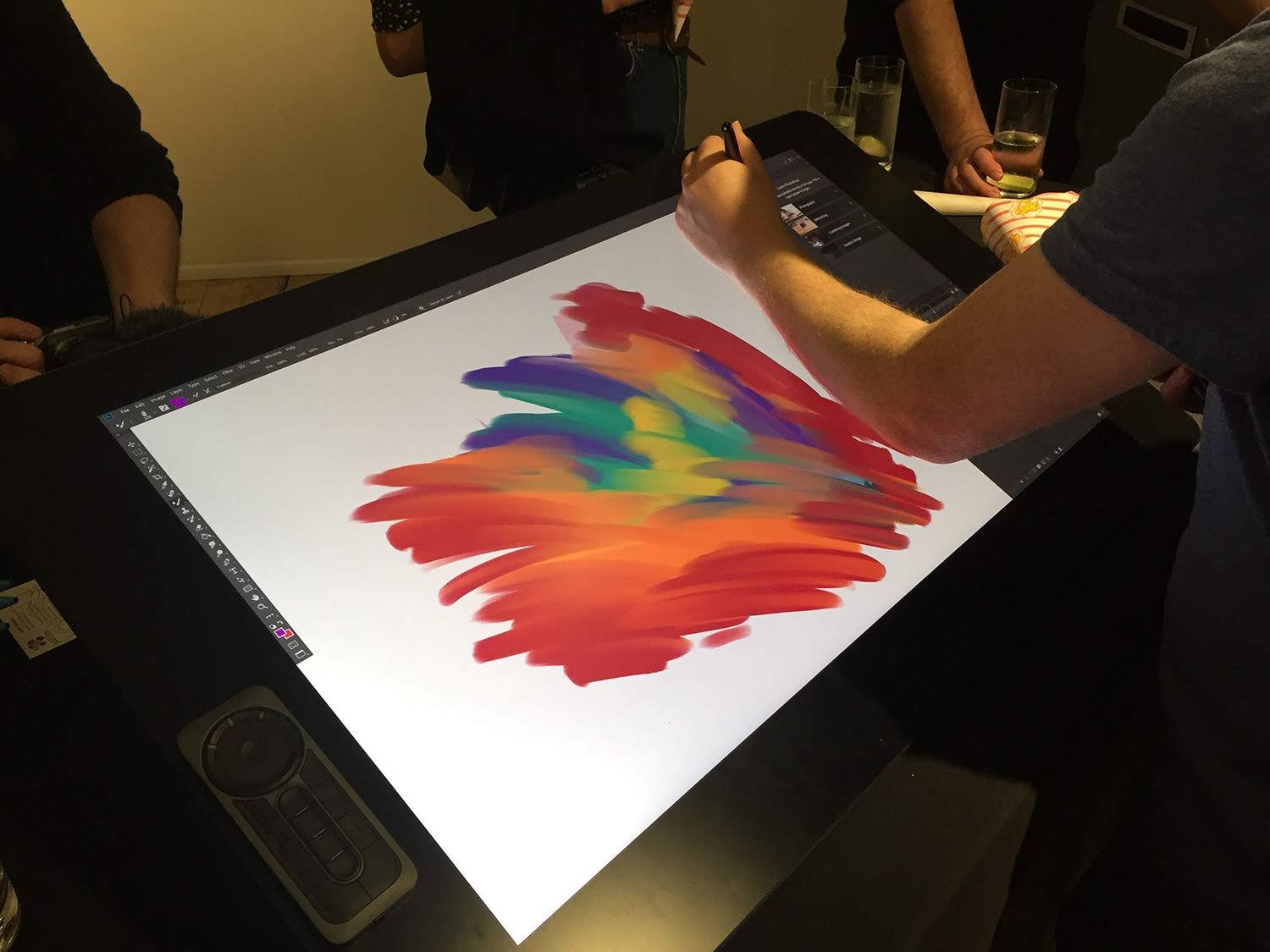 The distance between the screen glass and the sensor has been reduced, and that's excellent news. As I mentioned in last week's review, that visible distance distracts me.

Customising the screen is now easier than ever with a new touch button at the top right of the Cintiq Pro that opens up the Wacom settings. You can use the control panel to increase or decrease the brightness, contrast and gamma.  You can also customise the colour temperature, colour mode and sharpness of the display. Wacom also offers a Wacom Colour Manager Tool to help calibrate colour management, but this is an optional extra purchase.

Customising the screen is now easier than ever with a new touch button at the top right of the Cintiq Pro that opens up the Wacom settings. You can use the control panel to increase or decrease the brightness, contrast and gamma.  You can also customise the colour temperature, colour mode and sharpness of the display. Wacom also offers a Wacom Colour Manager Tool to help calibrate colour management, but this is an optional extra purchase.

Overall the Cintiq Pros' are sufficiently bright, with the 24 being slightly brighter than the 32, however increasing the display brightness creates more heat, which in turn triggers the fans more often, and boy oh boy are they some noisy fans! 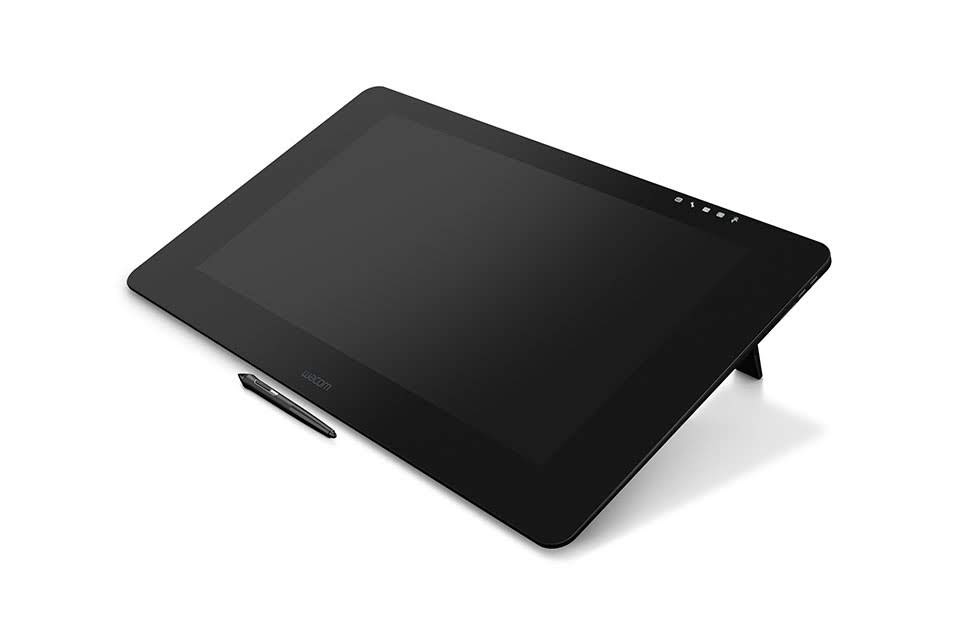 Now, let's move to the exterior of the Cintiq Pro and talk about some of the external features. Both the 24 and 32 have several USB ports.  There are 4, 3.0 USB ports, 2 of which are located in either edge of the tablet, along with two USB A ports on the interior of the device. One is designated for the express key remote dongle, and the other is used to connect the tablet to your computer.  There's also one USBC port. You'll find a 1/8th-inch headphone jack and on the right edge of the tablet with two small microphone holes.  The mics are not very good quality but sufficient enough for giving voice commands to Cortona.  A port that I'm happy to see on the Cintiq Pro is an SD Card Reader, and as I do a lot of video work, it's nice to have an SD port built right into the side of the display. And, if you're worried about somebody walking into your studio and walking out with a 32-inch screen, there's a security lock that you can use to lock your Cintiq Pro to your desk physically.

Moving to the front side of the display, there are a few handy touch buttons at the top right. Two of the buttons are new. The first button allows you to change the display input. The second button opens the Wacom settings centre, which gives you access to open settings. The third button pops open the on-screen keyboard, which can be used in place of a physical keyboard. The fourth button is new and opens up the control panel that lets you change the display settings such as colour and brightness.  The fifth button enables and disables multitouch on the touch versions.  On the top edge of the Cintiq Pro, you'll find the power button.  If you flip the device over, there are two legs which can raise the table from five degrees to twenty degrees. You can also lay it flat on your desk.

Nothing about this device feels cheap; the build quality enjoys unique design elements, and both sizes are relatively light for their size. The Cintiq comes with all the cables that you'll need to connect the device to your computer.

Unless you have a standing desk, I would recommend buying a stand as an optional extra for this tablet, as leaning over the tablet on a traditional desk is uncomfortable after a short time and it's undoubtedly not ergonomic. 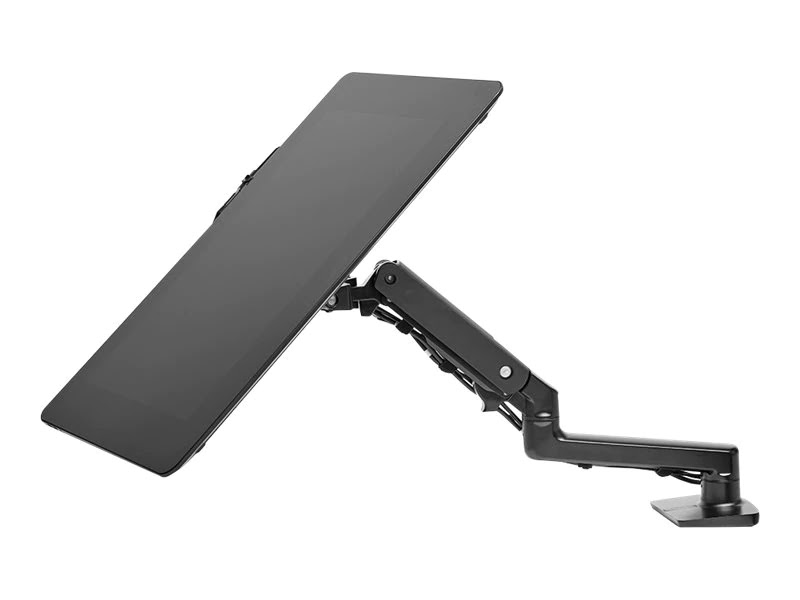 The Cintiq's 4k screen allows you to see fine details even when zoomed out. The Pro has less parallax, less glare and a better range of colour than most other display tablets. The larger screen allows for grander drawing gestures, and so provides greater working flexibility. The built-in SD card reader is a real plus for me.  In my opinion, the 24 and 32 Cintiq Pro tablets are the best in the market place right now when it comes to quality.

The fans in the 24 and 32 make it much louder than the smaller models. The fan noise bothers me as I record audio in my studio and even if I didn't, I don't want to listen to them all day anyway.  The screen is a little noisy on the Pro 32, when using the pen, although much less noisy on the 24. That said, the friction on the 32 feels better to me than the 24-inch model.

Touch input can be a 'buggy' and can occasionally cause random marks on your work when dragging your fingers or palm against the screen. This can be a combination of human error, but sometimes I think that there's also an element of human error involved when that happens.

In conclusion, where I'm impressed by the improved screen quality, the 32 feels too big, and the 24 feels too small. I know I sound like Goldilocks right now, but I think a 27 Pro model would be great for me. I'd say if you want the best quality display tablet available, you should opt for the Cintiq Pro 24 or 32.  If you're on a budget, consider getting a secondhand or refurbished model.

Next week, I'll cover the best alternatives to the Cintiq Pro, that are a little kinder to your bank balance. 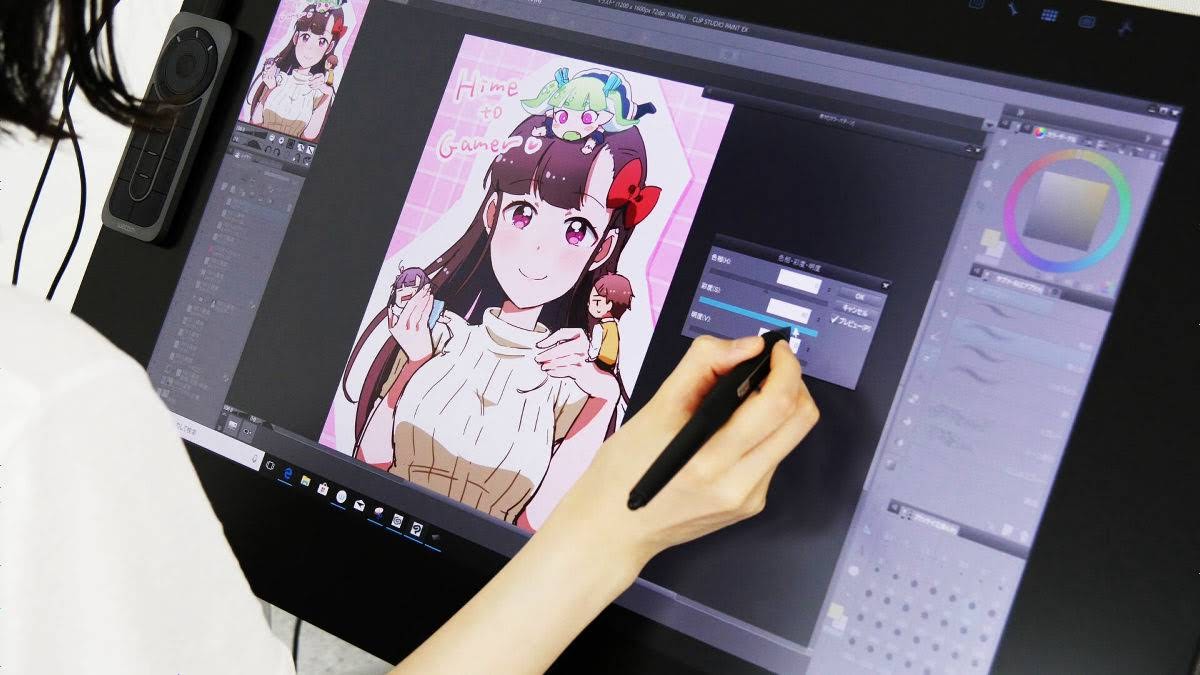 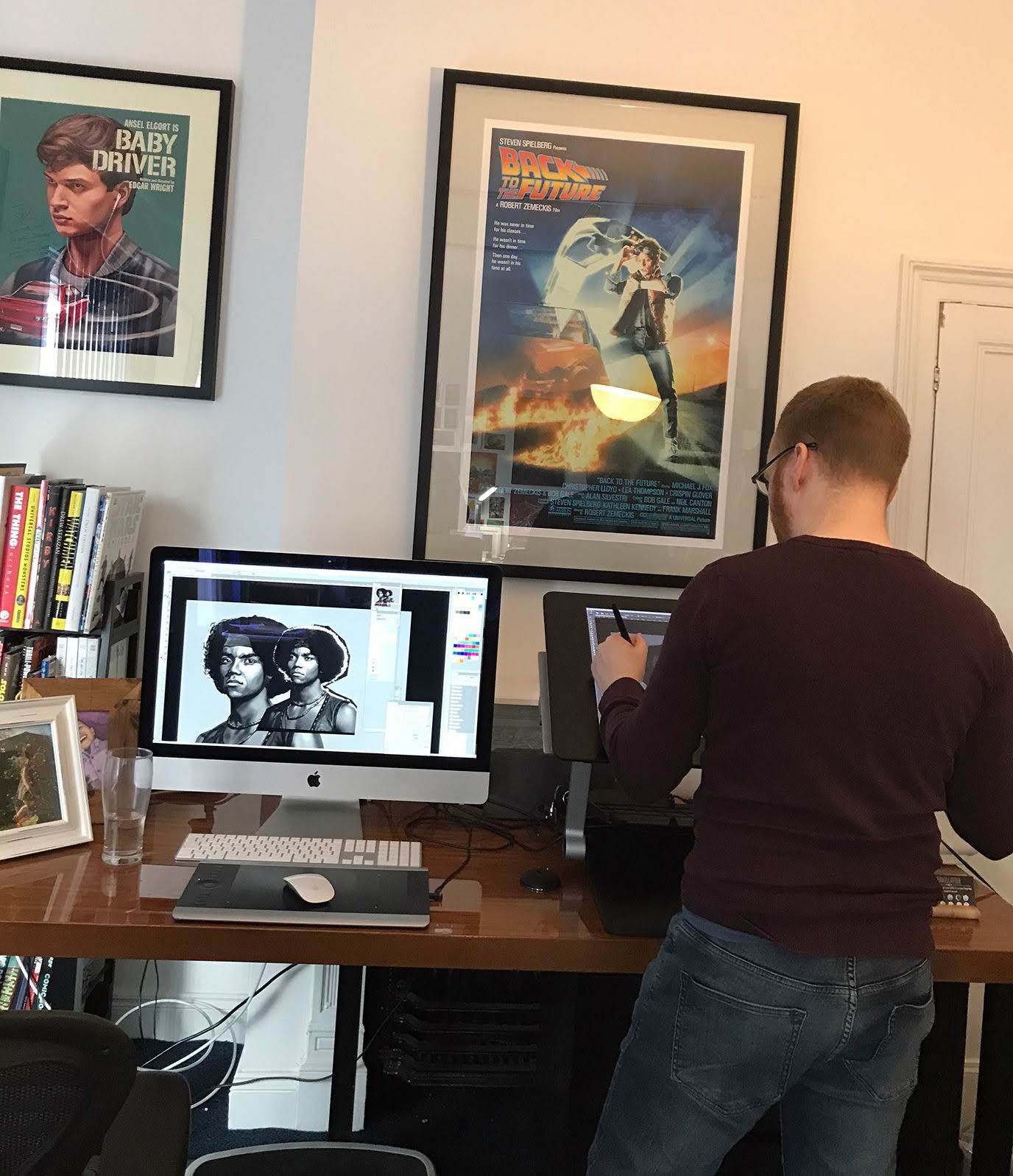