I was shorter than the average as a kid, but my Mother would assure me that beautiful things came in small packages! Let's see if that's true of Wacom's Intuos Pro Small.

The Intuos Pro Medium and Large were released last year and ever since their release, there has been a hole in Wacom's Intuos lineup.  Prior to its release, if you wanted a smaller drawing tablet, then you had to go with the non-pro version that doesn't have all the whistles and bells such as touch gestures and wireless capability, via Bluetooth.

So what is the smaller version of the Intuos Pro?

It connects to your Windows or Mac computer, you draw on it in the active area of the tablet, and your lines show up on your computer screen. That's the simple explanation. In the box, you have the tablet, along with Wacom's Pro Pen 2, and a USB cable to connect it to your computer. You also get a handy pen holder to sit on your desk. As well as a convenient stand, when you open it up, there are several alternative pen nibs inside.  I mentioned Wacoms Pro Pen 2, and this is one of the major selling points of Wacom's Pro Level Devices. It has 8192 levels of pressure sensitivity and it's a superb pen to draw with. It is comfortable in your hand for long stretches, the pressure calibration feels great, going from thin to thick lines was very natural, as was changing the opacity of your brush with the pen pressure. Slow angled lines come off really crisp as well as wave free as you'd expect, and as always the pen has tilt support too.  About a month ago Wacom released the Pro Pen Slim  (£155.80) which works on all of the new pro devices. If you do want a lighter pen that's a little slimmer, then you've got that option available to you.  The drawing surface of the tablet feels pretty good and has a nice texture to it, but it's a subtle texture, so you enjoy plenty of control.  I always felt in control of the pen when drawing, and that's so important to me. You have six customisable hotkeys along the side and a scroll wheel for zooming in or out, or for changing your brush size. 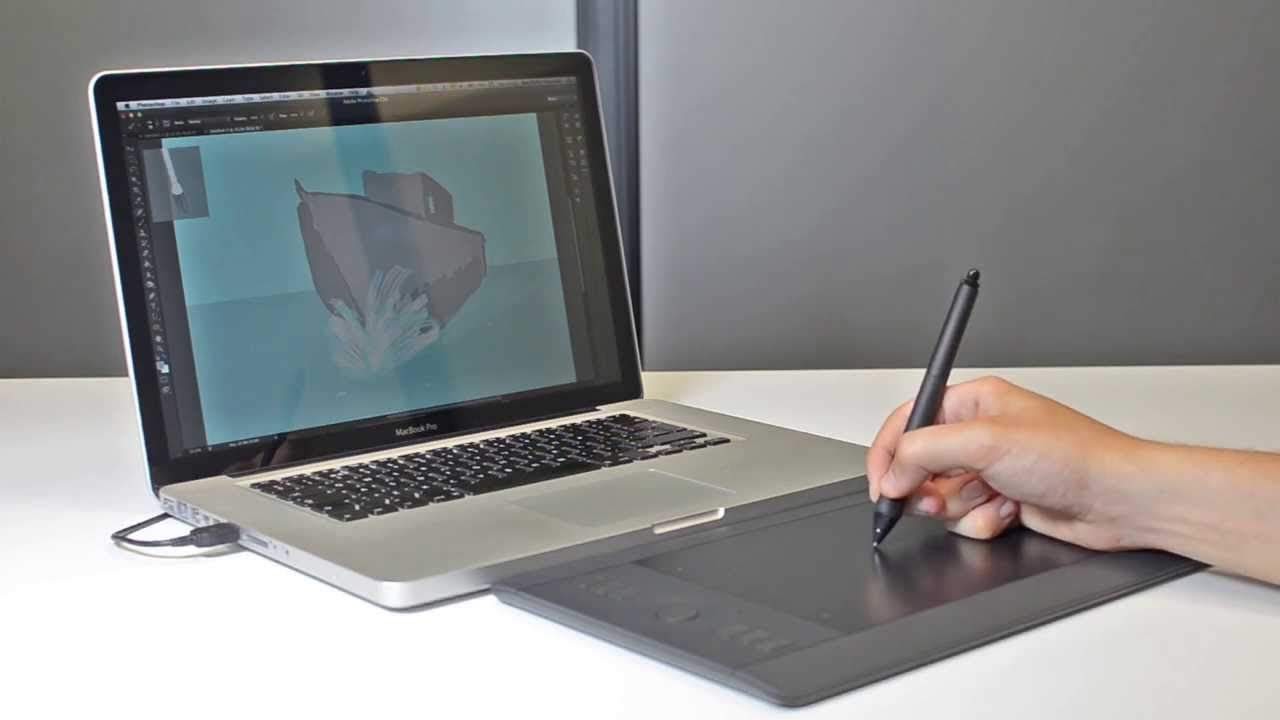 The overall build quality feels pretty good. It does feel a little heavier than other tablets that I've used, and that is probably because there's a battery inside for the wireless Bluetooth connectivity.  Wacom's tablets are normally very light, although this one weighs nearly a pound.  One of the features that sets the Pro apart from the standard Intuos lines are the touch features.  On some of the screen based tablets, I end up turning this feature off as I find it can get in the way. It's an excellent addition, but from time to time, I get a ghost touch.  It doesn't happen a lot, but it's enough for me to not really want to deal with, and I ended up turning the feature off.   Fortunately, that toggle switch is located along the side of the tablet, and it's nice that this can be done from the tablet itself, rather than having to toggle through settings on the computer to do it. 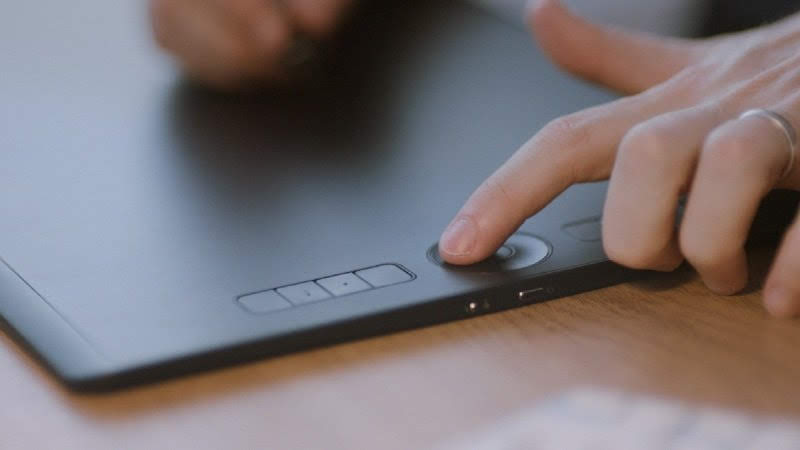 I mentioned before that this tablet could be used wirelessly, and so another great benefit here is the Bluetooth connectivity. It can be used via a USB cable, but you will need to plug it in every few days or weeks, depending on how heavily you use it, to recharge it.  One thing to note is that it doesn't recharge quickly via the USB cable, taking a couple of hours to reach full charge.  Another nice touch is Wacom's settings. They're similar to other manufactures settings that I've played with, but this feels more elegant and user intuitive.  It feels like you can adjust just about everything, like the speed that you can zoom in and out on the scroll wheel or perhaps making an application-specific shortcut. It's little things like that that make it feel like the tools are fitting your workflow rather than you having to change how you work to fit the tools.   One thing that stood out to me when using this device was the size.  This is a personal preference, but a medium-size tablet would give me a broader range of hand and arm movements that I prefer when drawing. 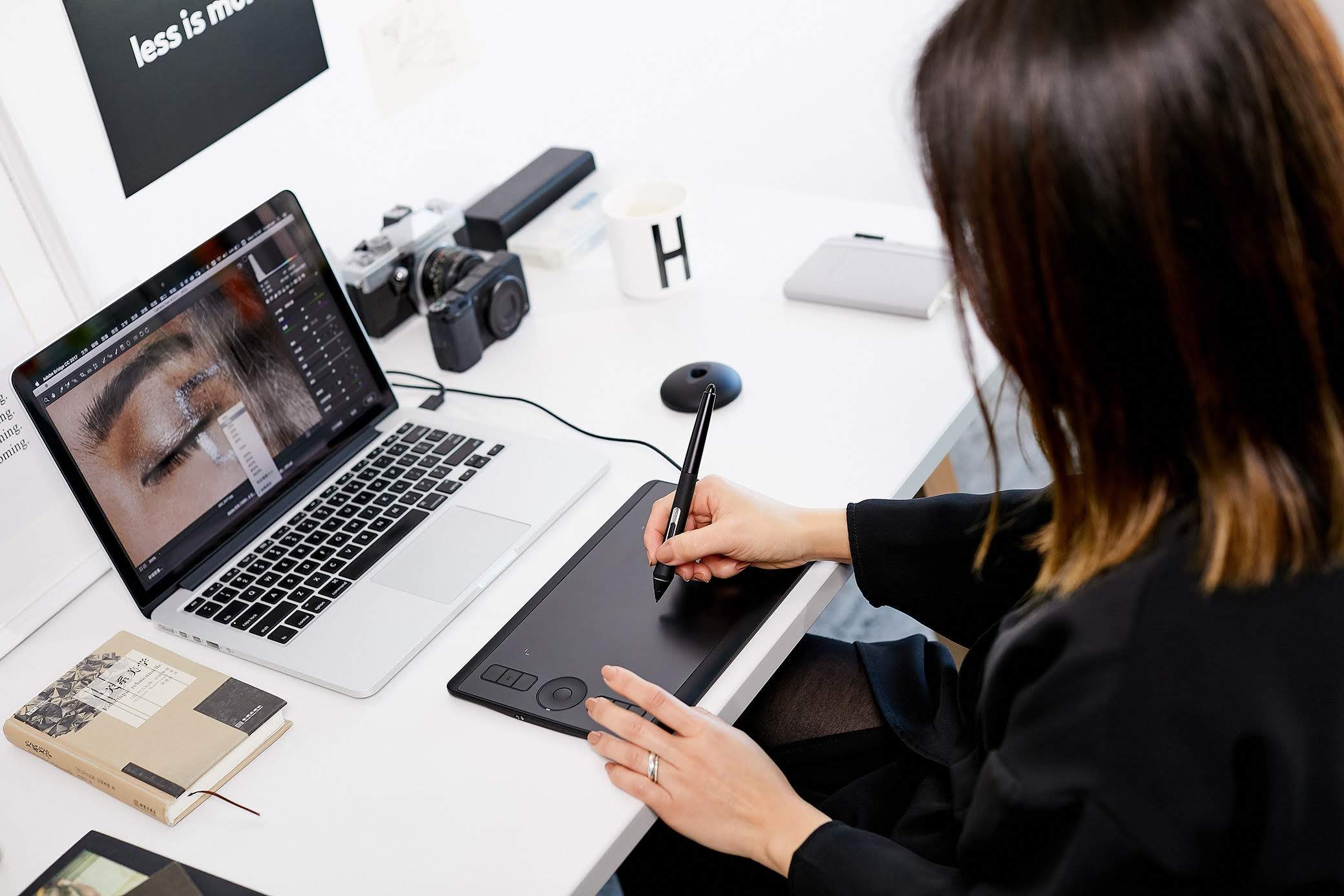 So let's talk Pros and Cons.

The first Pro is the Pro Pen 2 itself. This is always going to be a significant advantage for Wacom. Although the competitors have gotten better, Wacom is still a step ahead.  With drawing tablets, you're always going to have stories about driver conflicts or people having trouble setting them up.  In my experience, Wacom has given me the least amount of pain over the years when it comes to this specific complaint. I also think the settings are a big Pro. The level of granularity and user experience are amazing and I really like what they've been doing with their interface. 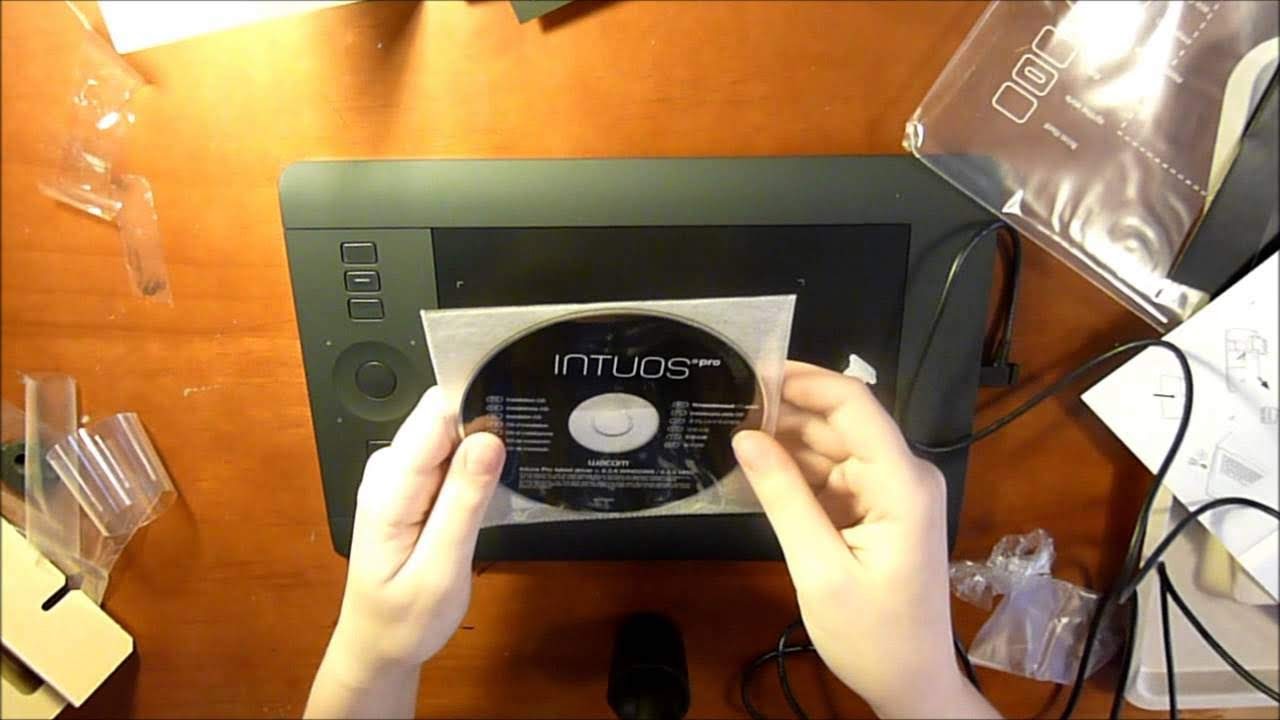 What about the cons.

I think I'm going to put the same con I would always say about every Wacom device, and that's the price. Specifically, the Intuos Pro line is way more expensive than everybody else out there. Intuos Pro Small (£179.99). You are getting more for it - you've got Bluetooth connectivity so you can go wireless, allowing you to draw on the go. There are a lot of users out there who are willing to pay the price because they recognise that they're getting something premium.  The Intuos line specifically, has a reputation for durability, and it garners a strong brand loyalty from those who have been using them for a while. My best friend has been using the same one for 9 years.  For me, this is a great device but I'd just as happily work on the Wacom Medium, the non-pro version to save a little money. 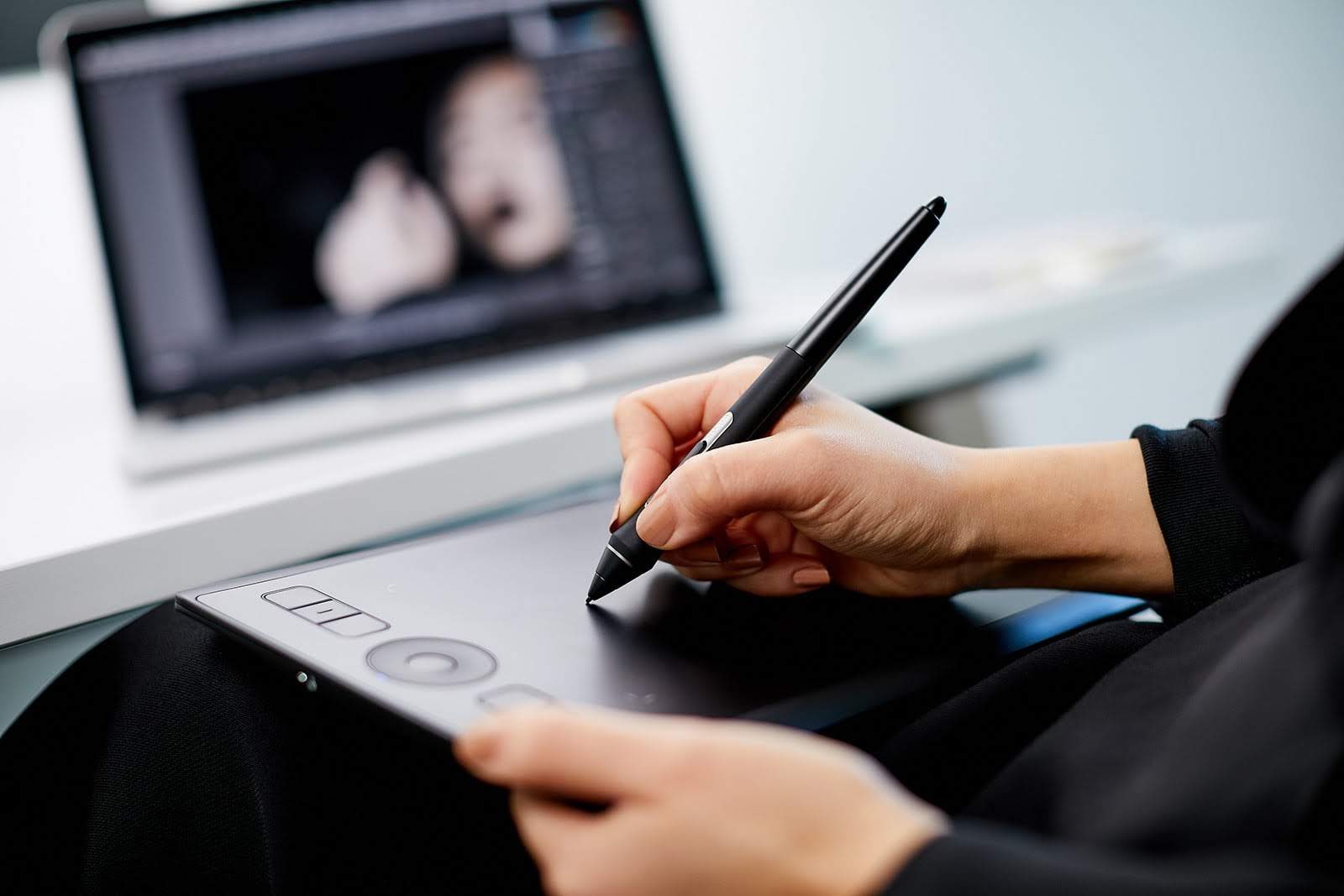 Next week, I'll be taking a look at the best alternatives to Wacom's Cintiq.