If you’re an artist, designer or illustrator looking for a new tablet PC in 2019 then there are quite a few options out there for you to consider. Luckily here at SmartArt we’ve had a look at some of the best out there and produce this comprehensive review for you weighing up price, size, screen resolution and even stylus pressure sensitivity which we know can make a huge difference!

Our list include 2-in-1 models too but what we mean by tablet is not the traditional graphics tablets with flat drawing surfaces that connect to your Mac or PC such as your Wacom’s what we mean here are essentially computers with screens you can sketch and draw on – which what everyone else normally calls a Tablet for example the Apple’s iPad Pro and Android tablets that run the mobile operating systems. The usual thin light weight devices that you see everyone carrying. So, if you are a creative using such a device then let’s see what options are out there for you and what their pros are :)

Our first 3 look looks at the iPad Pro, iPad 9.7-inch and the Samsung Galaxy Tab S3 :) We then look at the Microsoft Surface Pro, Wacom’s Mobile Studio Pro and the HP Zbook x2. Have fun :)

To Apple’s credit artists can get a lot out of the iPad Pro – it really is an artist tablet you can create fully finished artwork all on one the device using tools like Procreate 4. But for designers it’s probably not the best choice because it still doesn’t support full Adobe Creative Cloud apps such as Photoshop and XD. This should change soon with the forthcoming release of Photoshop for the iPad and the illustrator-esque Project Gemini – Procreate’s Adobe rival – but release dates are not confirmed yet so we are not sure how long you will have to wait for.

Release late last year, the iPad Pro 2018 comes in two main sizes 11-inch and 12.9-inch the former replacing the older 10.5-inch model. We noticed that they’re thinner by a half a millimetre and less curved at the back – and without the top and bottom bezels, nor the home button – resolutions however are practically he same.

What is very impressive is the new Apple Pencil, which holds onto the Pro magnetically to charge! No need to have it sticking oddly out the bottom of your iPad to create some kind of giant flyswatter lol – but note that if you buy a 2018 Pro then you’ll need to fork out for the new stylus too it doesn’t come with the tablet and older versions of the pencil don’t work with this new version of the tablet – but if you can afford it – its worth it the new pencil and tablet go hand in hand and work really well together.

The iPad Pro though still remains an incredible creative tool, For artists and illustrators who want a portable drawing and painting device it is certainly a match for the Microsoft Surface Pro or Wacom MobileStudio Pro (unless you like the extra 3-inches of screen the 16-inch Wacom offers).

Despite this for designers, editors and the rest through, Windows-based tablets offer the ability to finish projects in a way that the iPad Pro doesn’t however. But if you’ve the budget then the 11-inch model is an excellent ideation drawing tool that you want to pair with the iMac or desktop PC for creating those perfect art pieces. 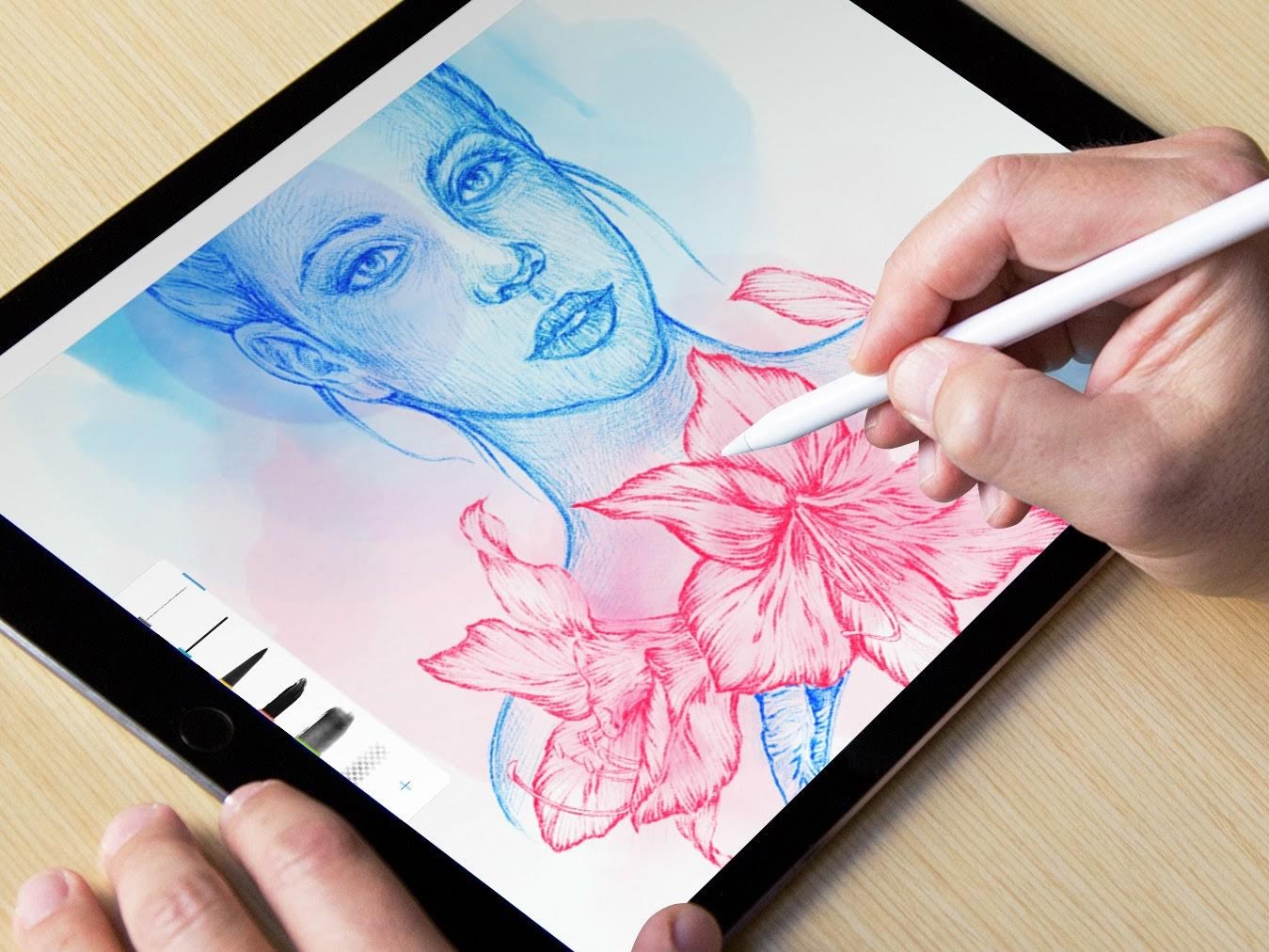 Apple also released last year a new base-level iPad 9.7-inch (its only non-iPad Pro option). It’s designed to appeal to students and teachers but it has Apple Pencil support (the pencil is off course sold separately) and its an affordable price – this is certainly an option for artists who would use an iPad mainly for quick sketches. The iPad 9.7 inch can also support other styli as Logitech has also released a new stylus the crayon with a nice chunkier design  – the Crayon is built for the education market and most probably younger ages but a great tool if you don't want to buy the actual Apple Pencil it cetainly does a wonderful job. 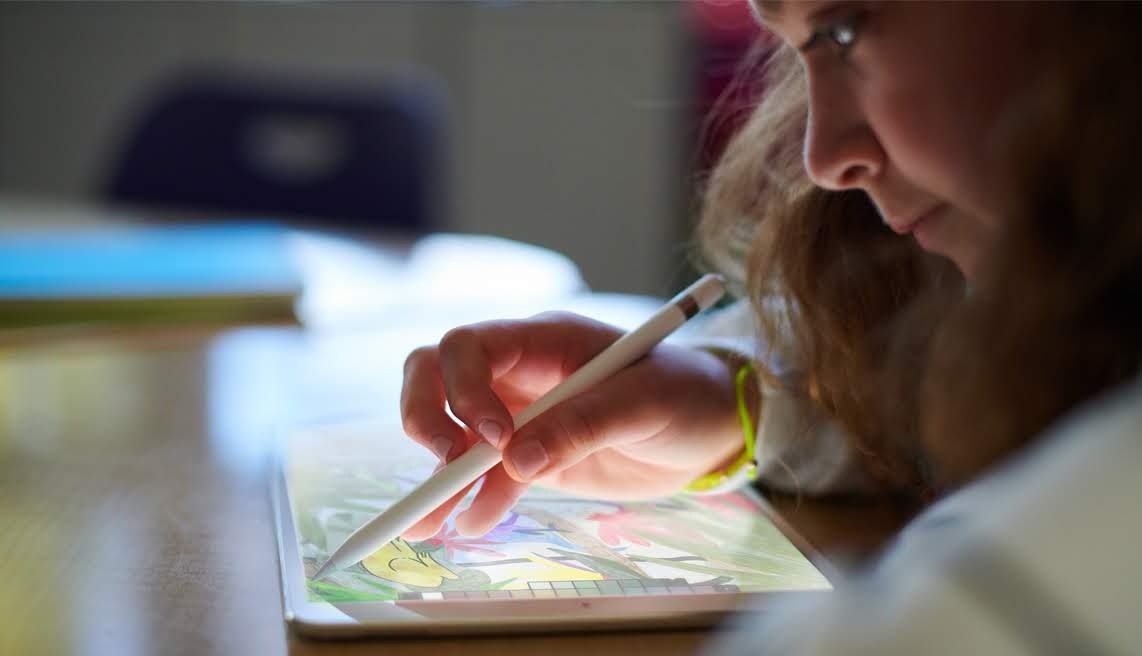 This is Samsung’s best rival to Apple’s iPad Pro. It’s considered to be the best Android tablet to be launched  in years, so if you’re an Android fan, this is your best bet. The screen is bright and has 2,048 x 1,536 HD resolution and HDR support for better colour and contrast.

However, it doesn’t have the iPad Pros True Tone display (all you can do is optionally switch on the blue light filter) and it can be a little reflective with certain lighting. It does however include Samsung’s S Pen, which has four times the amount of pressure sensitivity to that of the Apple Pencil and it is bundled with the tablet great stuff!

In regards to Apps to use Autodesk’s Sketchbook Pro is available on Android but Procreate the Apple classic is not but there are many Android Apps out there for artists. So no need to worry there are plenty of Apps to be creative on :) 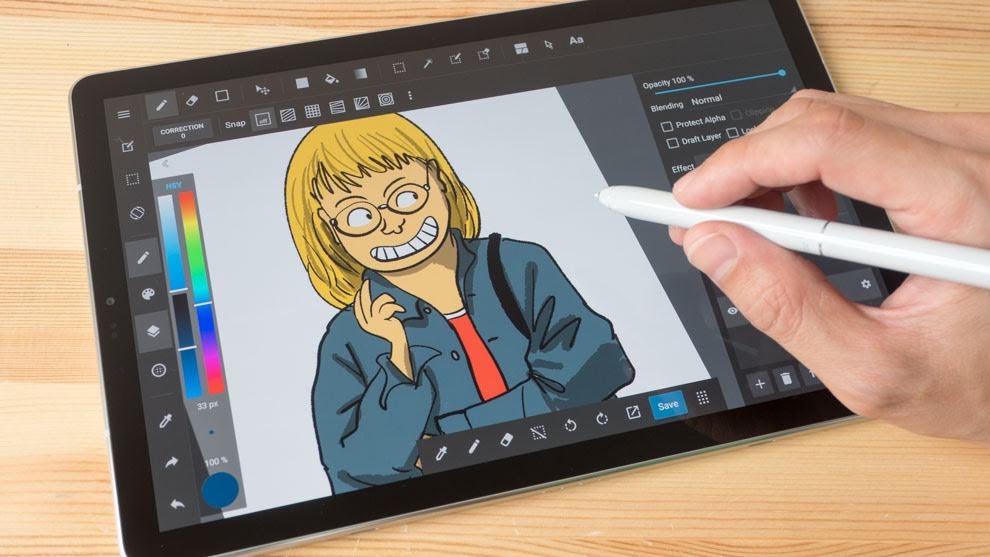 This is our first 3 look at some of the best Tablets out there for artists and designers - and these 3 are certianly great options for any budding artist :) Our next review will look at the Microsoft Surface Pro, Wacom’s Mobile Studio Pro and the HP Zbook x2 which are also great options - in the mean time

Sajan and the SmartArt Team :)