Meet the AI bot that has figured out how to draw like Banksy!

The legend of Banksy is one of politically subversive art works and devastatingly effective cultural commentary. But while his pieces always contain a profound message about society, they also present a striking visual identity. Now, an AI bot has been created that can draw images with an uncanny resemblance to the anonymous artist’s work, utilising the latest artificial intelligence techniques to mimic his signature style.

Named Ganksy, the productions were created by web developer Matt Round, who for copyright reasons has since refused to openly acknowledge which artist’s work he’s seeking to recreate, referring instead to ‘a certain street artist’.

To create these images, Round has used a computerised machine learning protocol known as a GAN (generative adversarial network). This specific GAN was trained for five days using a portfolio of hundreds of images of original Banksy works, until it was able to produce an image that bears a strong likeness to the originals.

Since their introduction in 2014, GANs have ushered in the new era of algorithm-based machine learning, supplanting older neural networks to create strikingly convincing reproductions. Unlike older methods such as Google DeepDream, GANs use a two-part process to craft the ultimate deep fake. While an initial ‘generative’ algorithm creates a new image based on a data set, an ‘adversarial’ algorithm hones that image by comparing it with the original. Once the latter algorithm has been fooled enough times, the two-way process will have developed an aesthetically plausible result.

While the superficial similarities are there to see, the creator has been quick to discount the copies’ ability to portray similarly potent messages and topics which have formed the Banksy legend over the years.

"There's absolutely nothing resembling any of Banksy's work in the output, it doesn't even have the same tone/style. Hopefully he would appreciate it as a fun, creative project," Round wrote online.

"I found that images of street art are so varied, and so dependent on their context, that while the GAN ended up with a grasp of some of the forms and textures, it had no high-level understanding of specific objects or themes. It's not mimicking the training material, but rather it's learning a limited amount and then doing its own thing. People are appreciating the art for its originality."

Innovation extends to the pricing structure. All 256 of these works are now available for purchase via a GANksy-signed digital file, with prices starting at £1 and rising by £1 every time one is purchased.

To view the gallery, and see the similarities for yourself, see the link below: 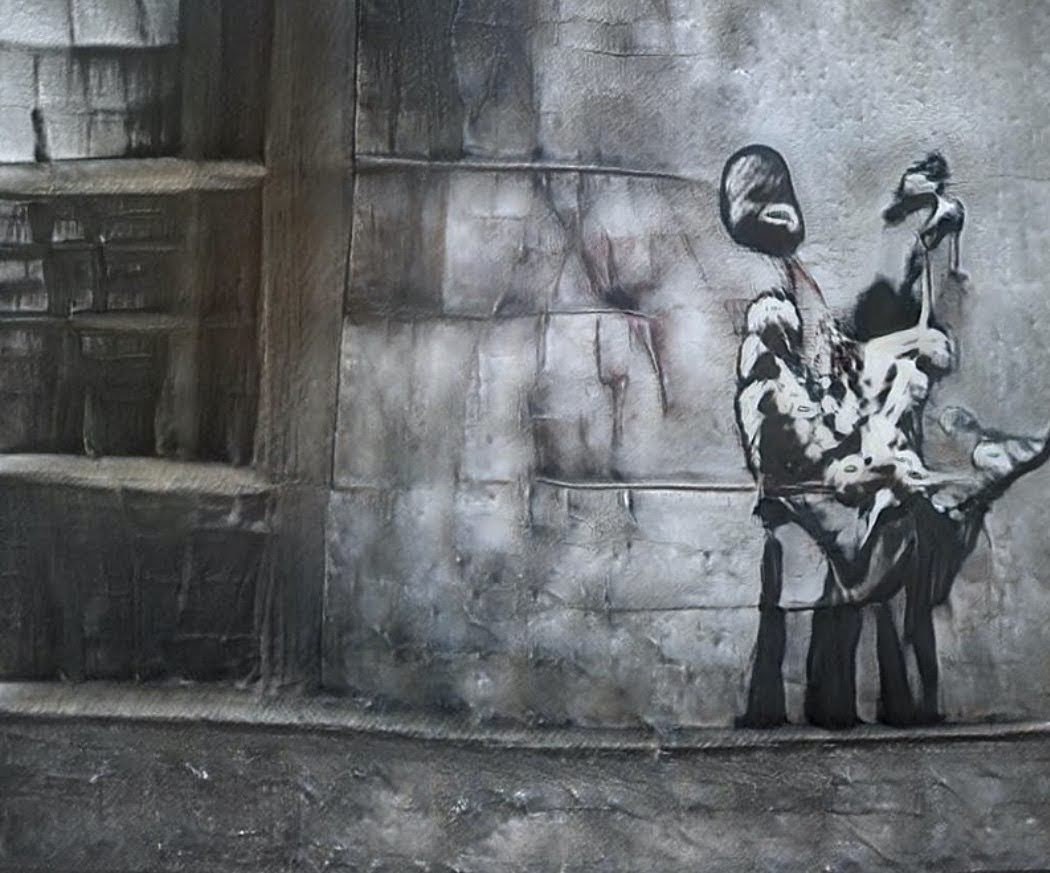 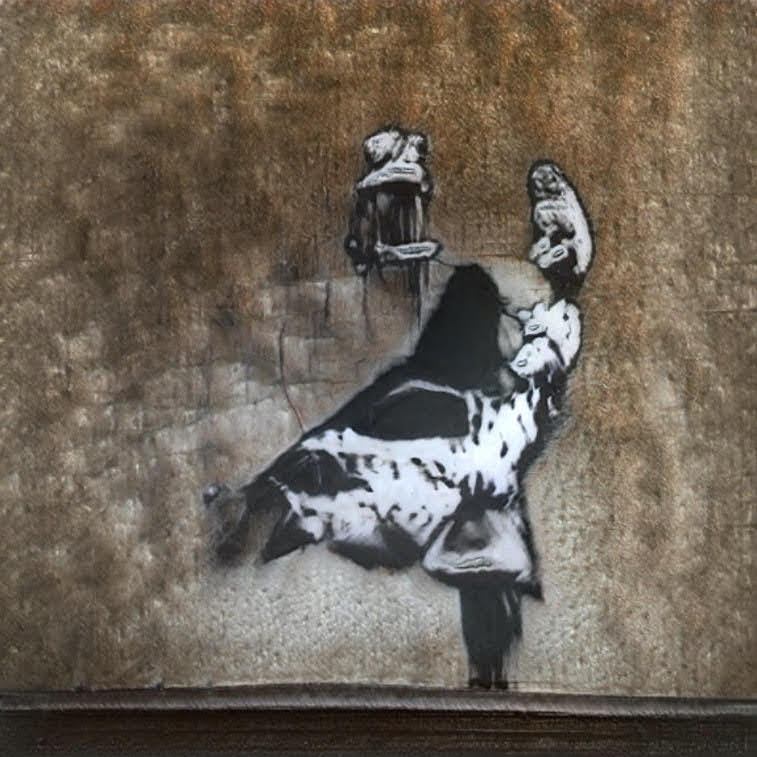 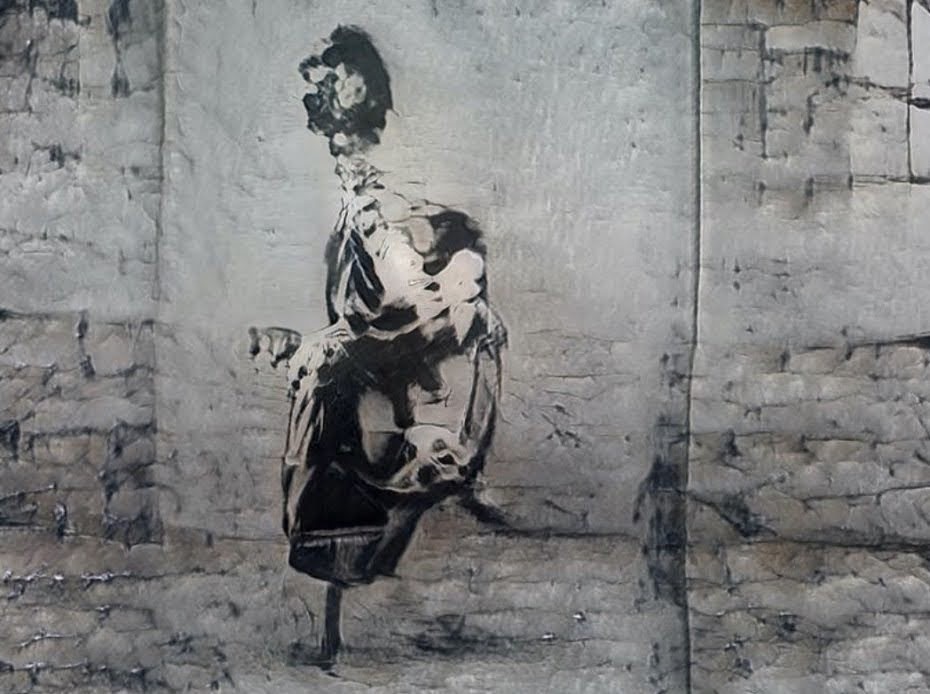