Final Cut or Premier Pro? This is the age-old battle between two competing video editing tools, each with their own die-hard core of fanatics, ready to battle tooth and nail for supremacy. Reddit threads abound with long and fiercely argued dialogue between the two tribes, debating the merits or demerits of each piece of software.

Yet a new Adobe update might just be the tide that smooths over these barricades, establishing the seeds of synchronisation that will allow users to utilise both tools according to their own strengths and weaknesses. In an update provided last week, the ProRES RAW support will allow Final Cut Pro users the ability to move their project over to Premier Pro during workflow. This follows a trend of integration, which has improved its Apple compatibility through its Photoshop and Fresco release on iPad.

Along with its cross-functional Apple ProRES RAW workflows, automatic audio hardware switching is available on Mac for After Effects, Media Encoder, Audition, Character Animator, Prelude, Premiere Pro, and Premiere Rush. That means when you swap audio devices or plug in headphones, your Mac recognizes the hardware and the Adobe app automatically switches to it.

Other additions to the Premiere Pro arsenal include an improved Pen Tool, which provides better support for Bezier curves and greater precision creating lines and shapes. This will come as a relief to the many Premier Pro users who regularly need to move their project back and forth to After Effects to take advantage of the more precise pen tool functionality. 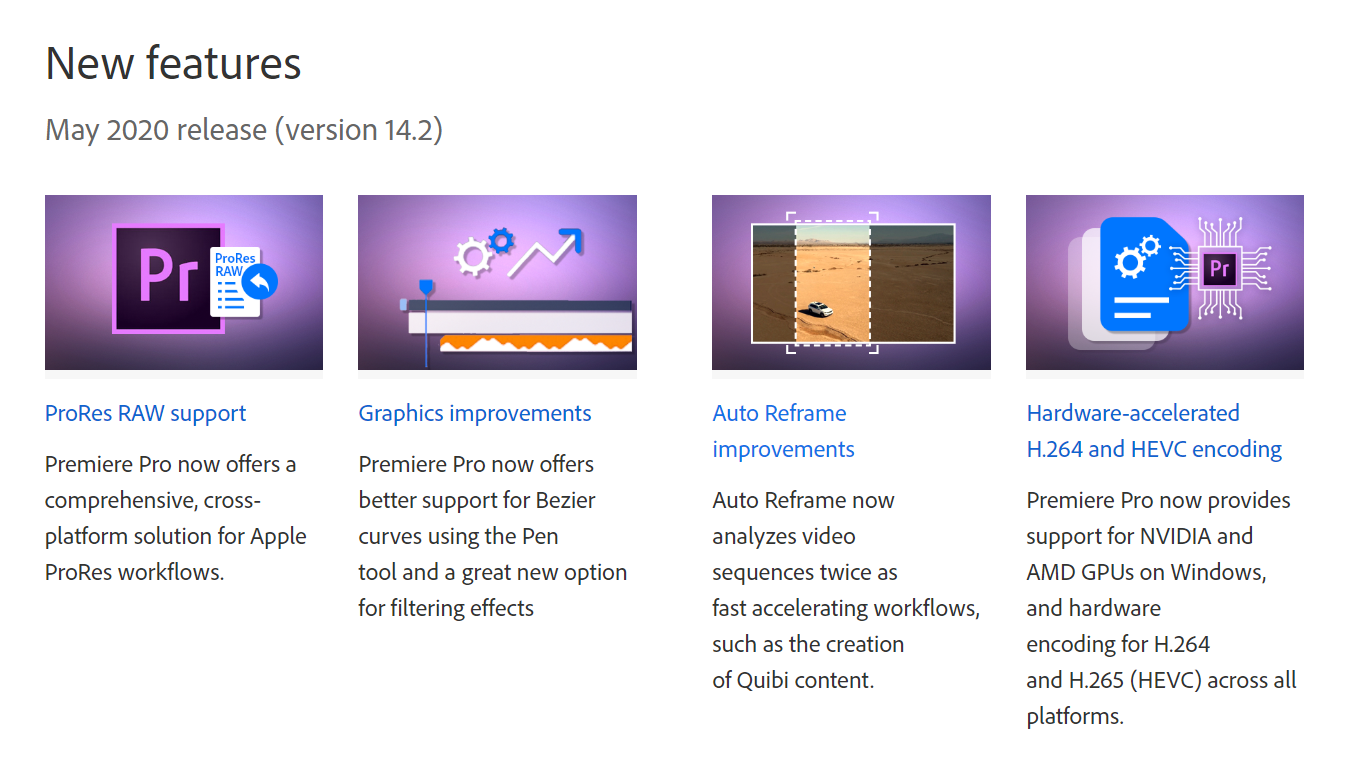 For the social media content creators out there, another keenly awaited feature is the improved ‘Auto Reframe’ functionality, which allows users to easily export for different social media formats (horizontal, square, vertical) without cropping out any of the key points of interest. Whereas creating content for different formats would normally involve an extra hour of repositioning and resizing content, this feature allows for easy exporting with the knowledge that everything will be adjusted automatically for your purpose.

And finally, in another nod to the ongoing coronavirus lockdown and its effect on cross-functional teamwork, Adobe has announced that it is extending the availability of Adobe’s Team Projects video collaboration capabilities to Premiere Pro and After Effects users with a Creative Cloud for individual license. This offer will be available until August 17, 2020, at no additional cost. 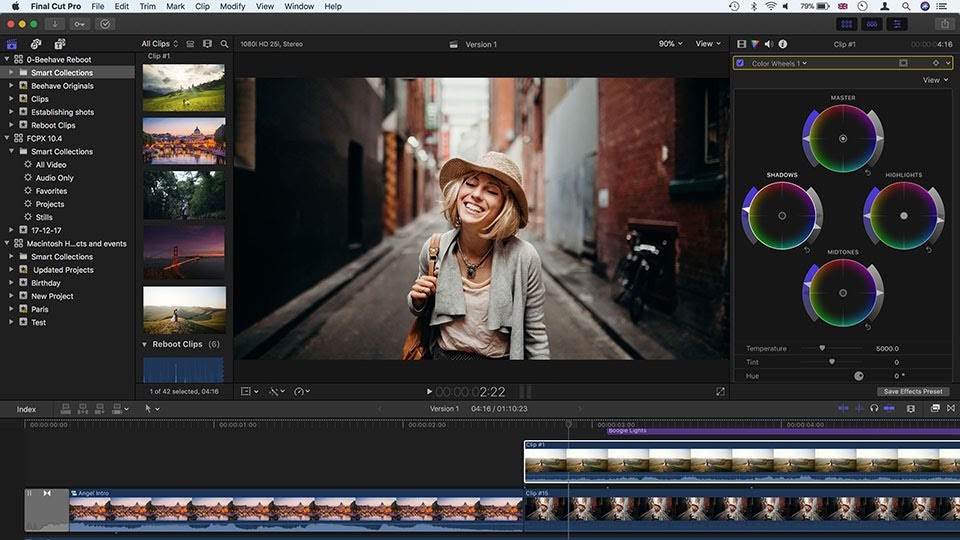