Tokyo 2020 is just around the corner. And while athletes and competitors at this year’s Olympics are preparing to smash their personal bests, the same competitive streak is alive and well in another arena - digital art.

First came the logo. While the chosen design was appreciated for its simplicity and traditionalism, an unofficial version began turning heads when it was posted to social media last year. Created by artist Darren Newman (see above), this version had graphic design enthusiasts gushing. Incorporating all 5 coloured Olympic rings as well as the ‘2020’ text, it appeared a masterpiece in modern design. Indeed, such was the overwhelming social media response, it appeared this logo may end up being used after all.

After the social media furore died down however, it seemed this version was just a flash in the pan. Indeed, many commentators noted the distortion of the olympic rings to be at odds with the IOC’s branding guidelines, and could never be used, even if warmly received.

How fitting that the run-up to the Tokyo games would include digital design as a key talking point. Continuing that trend, we can announce with keen interest the release of 20 official Olympics posters in the Manga style. These images were selected by a committee of Japanese designers and museum officials, among other cultural figures. The spellbindingly colourful images will be presented to the public across Japan’s capital in a bid to raise awareness of the fast approaching event.

One of the most eye-catching pieces among them is “Wild Things – Hachilympic” by Tomoko Konoike, which features a flowingly rendered human portrait, with a bee hovering in the foreground. Konoike’s vision expresses the idea that ‘each human being grasps the world with totally different perceptions’, amid a shifting ecological landscape. 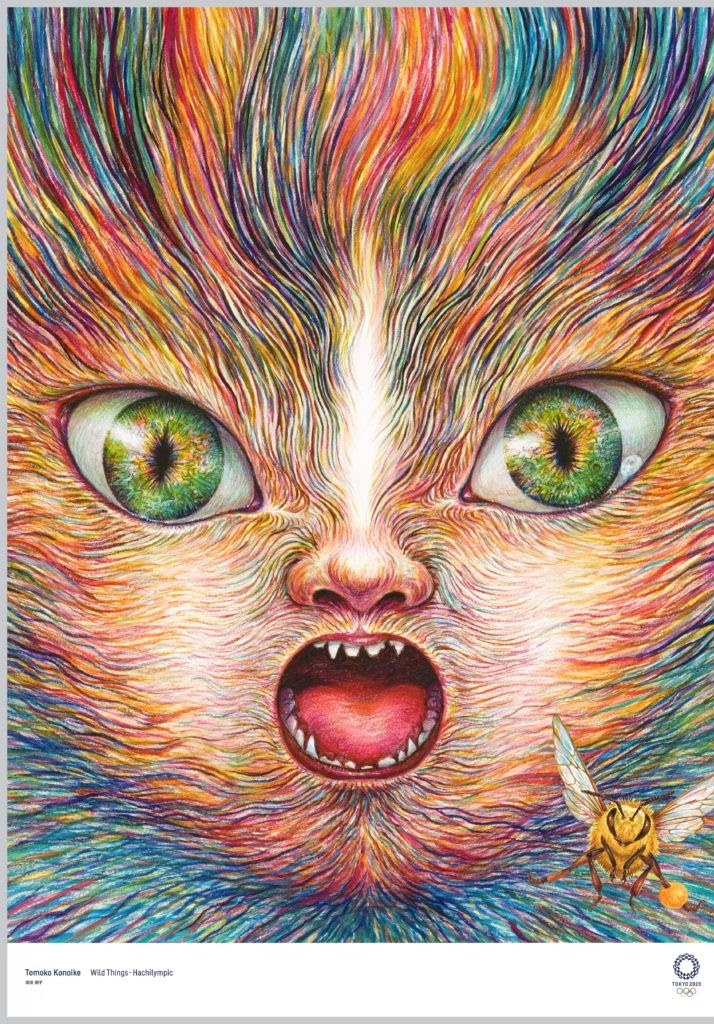 Also feasting itself on the colour spectrum is Shinro Ohtake’s ‘Space Kicker’ - a passionate patchwork of life and vividness that is sure to stand out around the capital. Ohtake said his artwork “spontaneously appeared” from where random scraps of paper landed in his studio after he had thrown them into the air. Perhaps the most dazzlingly conceptual of the bunch is this work by graphic designer Graphic designer Daijiro Ohara - a huge thread of interconnecting symbols and lines of connection. The poster doesn’t display a symbolic Olympic torch, but its many lines are meant to evoke the ceremonial movement of the flame when it travels through Japan’s 47 prefectures — a rough outline of the nation’s islands peaks through. 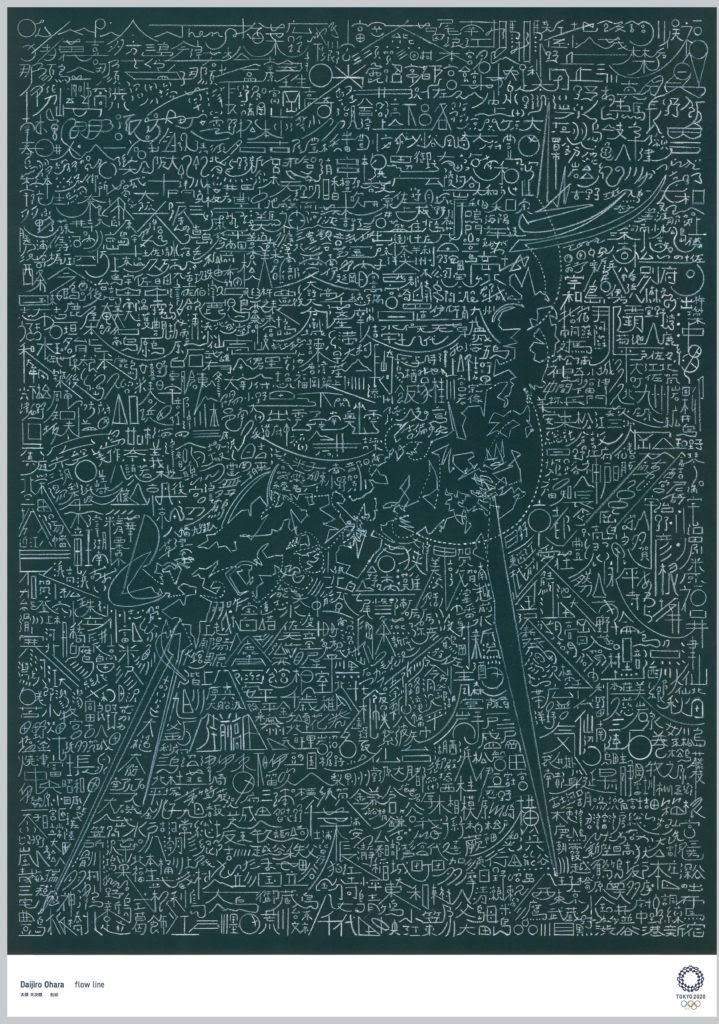 While many will be on the edge of their seats this summer when the games arrive, we’re already dazzled by these designs, and keenly awaiting more excellent examples of what already appear to be something of a ‘design olympics'.

I hope this article inspired to get drawing it sure inspired us and we can't wait till the Olympics arrive and more digital art hits our eyes! Watch this space :)