It’s the Oscars, but for colour enthusiasts. Pantone’s 2020’s colour of the year is here, and it’s a surprisingly conventional choice. Classic Blue, or Pantone 19-4052 wins, and rather than being an explicit vehicle of social and environmental change, this one is at first glance comparatively neutral, and free of association.

Following on from 2019’s much publicised winner Living Coral, which sought to address environmental issues, Classic Blue is a more subtle colour, with “a reassuring presence instilling calm, confidence and connection". 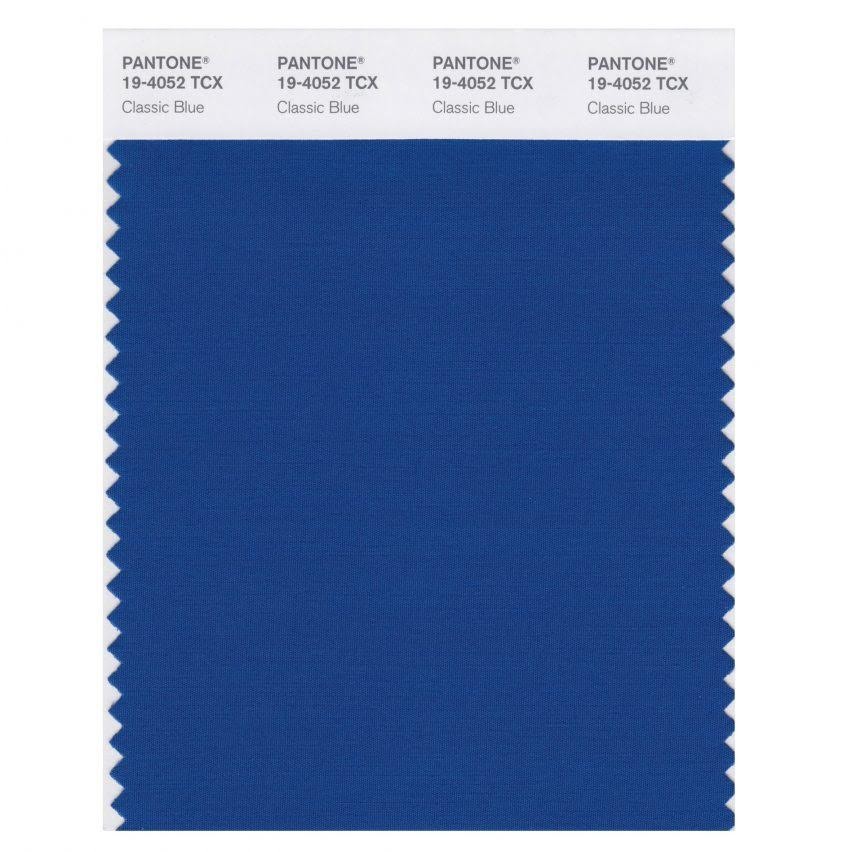 With Pantone’s recent embrace of social causes, many have been quick to infer a political leaning to the decision, with commentators describing the colour as Conservative, and backward-looking.

However, while the shade is indeed similar to the party colours of the UK Conservative party, as well as the blue post-Brexit passports held up as an emblem as national pride, it is clear that Classic Blue was chosen for its feeling of connectedness, rather than a sense of dividedness.

"Associated with the return of another day, this universal favourite is comfortably embraced," the company wrote. 2020's shade "brings a sense of peace and tranquillity to the human spirit, offering refuge.”

In a time of political divisions and religious sectarianism, choosing a colour that connects people is perhaps the most powerful statement Pantone could have made. Just think of the associations - the deep blue sea, a clear blue sky, ‘true blue’, Picasso’s 1901 -1904 Blue Period. Each conveys a sense of shared humanity, of a mutual connectedness through nature and through emotion.

And as designers an artists scramble to introduce the shade into their works, in the same way as fashion designers jump on a new seasonal trend, we look forward to seeing more of this colour in websites, magazines, textiles, and many more places.

Now onto other Pantone news...

In a recent publicity stunt, Pantone teamed up with Freemantle media to market the iconic Baywatch Red, in honour of the swimsuits made famous by Pamela Anderson and co. in the hit 80s TV show. Marking 30 years since the show first aired, Pantone brought out the colour to celebrate the effect the colour had on the cultural consciousness at the time. In a video clip uploaded on Baywatch’s Youtube channel, the potency of the colour is demonstrated, as several scenes from the show are doctored to include different colour shades (spoiler - they don’t have the same effect as the red). If you didn’t think colours make a difference, then watch the video below!